The news of WinAmp has been sending shockwaves with their announcement of finally shutting down the program and closing the doors after 14 years on December 20th, 2013 along with all sister media servers associated with it.  Throughout most of the older internet community and since I haven’t posted a blog update in a while I thought that I should give my views and insights about WinAmp since in a very strange way I had WinAmp even BEFORE I had a PC. I had a version of WinAmp Called “AmiAmp” for the Commodore Amiga computer which possessed a 68020 processor or better the first MP3 I ever got was on some french server on Lyon that had lots of anime p0rn, but for some reason, they also had “The Cranberries – Salvation” in MP3 format on there. My Amiga 3000 with a 25Mhz 68030 processor was not strong enough to play the mp3 at 128kps stereo, I could only play it in mono with %100 CPU power.  When I eventually left the Amiga scene and got a PC I of course got Winamp right away. 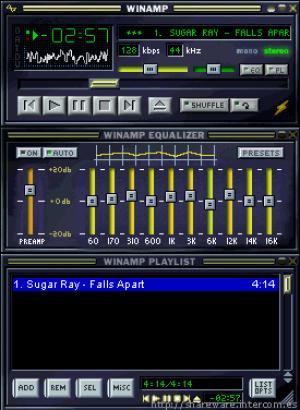 Streaming audio didn’t happen for me right away as the ability to stream on a 9600 baud modem was sketchy at best. It was mostly a lot of ripping of CDs and being able to build an mp3 collection of music. Eventually, I got 56k I actually went away from WinAmp for a while and picked up another player called “RealPlayer” which over time I realized that they were just ShoutCast stations in which WinAmp was fully prepared to handle right from the start. RealPlayer eventually got insanely stupid with the Ads and I stopped using it for WinAmp. They introduced not just streaming radio but streaming television as well. Going into the 2000s and when AOL took it over. The player in itself went stagnant save for a few ‘security updates’ and AOL’s shit attempt to gleam extra revenue off of ad space.

Two major stations pop out of my head that I still listen to this very day. Limbik Frequencies, and Rant Radio, while many others have come and gone. It was those two channels that have stood the test of time and have morphed a lot over the years. Limbik Frequencies started off as this free-styling DJ fest in a closet of a room that you can even watch videos of. And Rant-Radio was a Vibrant talk scene of angry Canadians who died out and became a mirror station for other talk shows.

Block all of the videos!

The ShoutCast protocol was not just for music, but people began to find out that you can also transmit video data over it. A lot of the video feeds were poor quality and blocky looking because in the early 2000’s bandwidth was insanely expensive. The most beautiful channel which had a high bandwidth was when Bjork aired her concert live at 1000kps which looked 720p satellite quality. and the DemoScene channel at 600kps.

For a time, AOL ‘modified WinAmp and stripped the ShoutCast TV feature from their Media Library panel. Of course, you could still download the plugin off of AOL’s website which new people did not do and I could only suspect that AOL did this to try to curb piracy of illegal shows being broadcasted with their own application. AOL was a group of idiots for trying to minimize this feature instead of actually embracing it allowing sister companies to use the technology to actually promote their shows and their networks to encourage people to watch them on cable. Or to simply get ad revenue via commercials to a wider listener audience base. They were just destroyed by ITunes. They were destroyed by themselves! In fact, at the time of me writing this they have shut down the TV service side already. You could have had something magical AOL. But you destroyed it, way to go!

They will no doubt shut down their centralized services on December 20th. But here’s the kicker. Shoutcast is a protocol that will not really die as there is enough services such as IMVU and SecondLife which is using it in a decentralized way (NeoStreams does not broadcast the Shoutcast streams of DJ’s publicly) . It simply limits the ability of WinAmp and any other third-party player which was looking at the Shoutcast centralized server hub for new stations and DJs to listen to.

For ShoutCast broadcasting, there’s a service called IceCast which instead of doing streams with the MP3 format it instead uses the OGG-Vorbis format for transmitting its data. IceCast is a bit harder to set up server-side but actually saves bandwidth and is reverse compatible with WinAmp, SecondLife media, pretty much anything which has a math co-processor.OGG format is all about. Compression is slightly better than MP3 but nothing earth-shattering. To me, it seems the quality of OGG is better than MP3. When the ShoutCast servers die there may be a mass exodus to IceCast. Only time will tell really!

As for the player itself you got a lot to choose from nowadays. If you want a plugin happy versatile player which is already a part of the open-source community then I would suggest something like XMMS as you can see it has that vibe of old skool WinAmp 2.0 about it. Installing all of the libraries to play music on Linux is a little annoying, but it works rather flawlessly when you get it all going.

About MS buying WinAmp from AOL.

If you have been reading around on the articles of Microsoft buying Winamp from AOL or the rumors there-of. It’s just that, Rumors. Even if Microsoft did buy it I would not be thrilled with Microsoft having the intellectual properties over ShoutCast because all they would do is sit on it and possibly try to integrate it into their game consoles just like they did with Skype. Microsoft buying WinAmp would only continue its life support that WinAmp has been on since the original developers left to pursue other careers. Microsoft also already has a media player, it’s called Windows Media Player, which means they would just integrate some of the techs from WinAmp and discard the rest of it. So although the ShoutCast networks would be alive with Microsoft, the Llama would not be kicking anyone’s ass anymore.

Hah! I doubt it. Companies view Open Sourcing anything that was otherwise closed as admitting their mistakes and saying that they have failed. Regardless of how many signatures or petitions pop up. Nothing will come out of demanding AOL give up their rights if they are simply going to pull the plug. 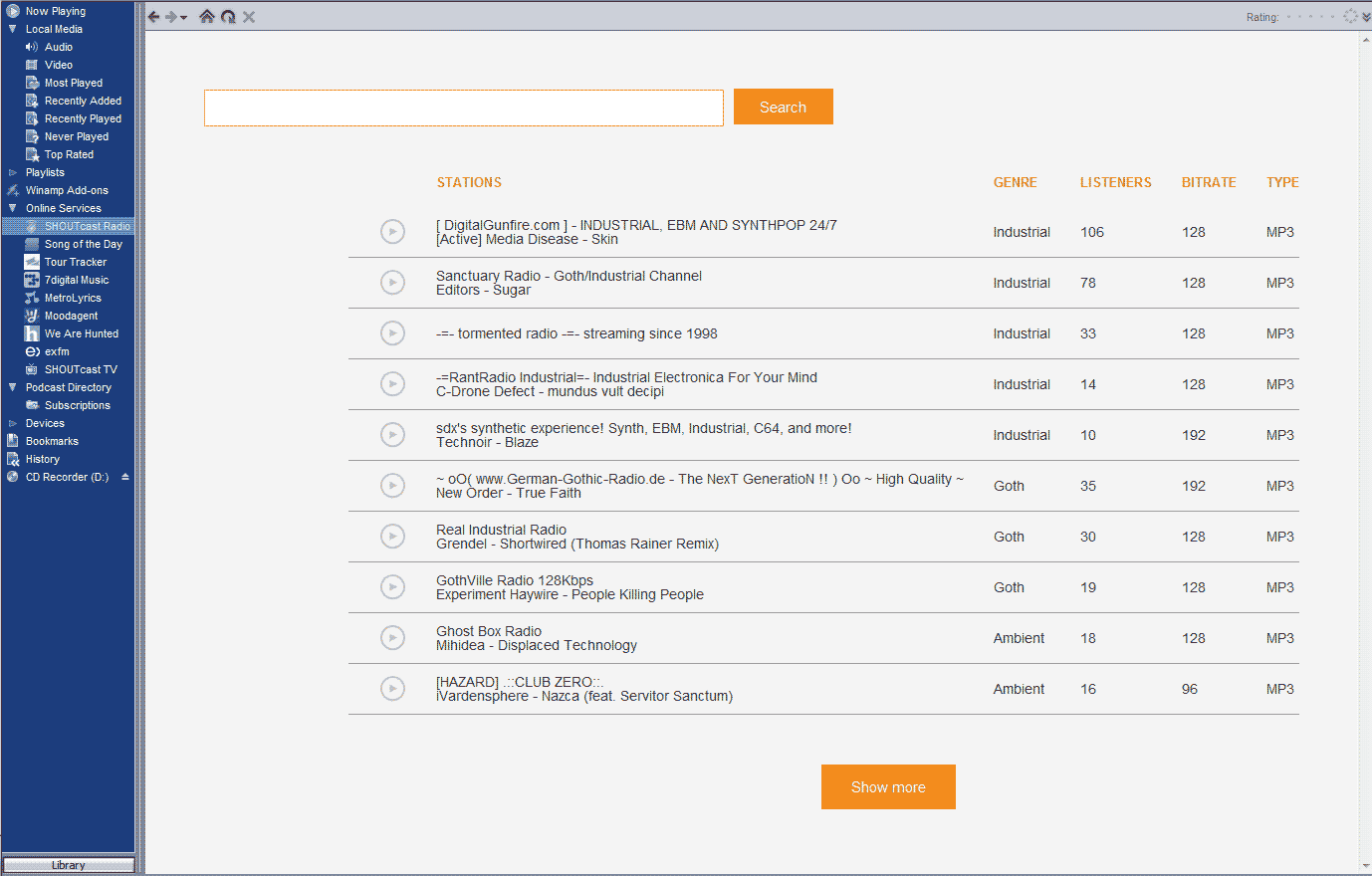 
I decided to come back to this article to make some corrections, that apparently it may not be the “end of an era” as I titled it and the way it was looking near the end of 2013 when all of the announcements for flying around the internet. But instead, it may turn into a “Stasis pod” for the Shoutcast networks. Radionomy is the company that bought ShoutCast away from AOL which Radionomy is a Belgium-based company. I do hope they bring back the Shoutcast video streaming networks. And who knows! They might breathe some new life into the 15-year-old product.

Ohh, you thought we were done with this article, didn’t you? Well, Radionomy is dropping the ball a little with the Winamp brand. With the Shoutcast apps dropping off of both Google Play and Apple Store. It almost forces users to go off to find alternatives AWAY from Winamp more so than staying with the brand that has been with users for an obscene number of years. It almost seems like the people who purchased the software really wanted the Shoutcast network and have no idea what to actually do with the WinAmp Program itself.

Here’s an idea. Re-Open Shoutcast TV. WinAmp covered IPTV before it was really a thing. It is remembered like this because one of the first things we got to see is Bjork live concerts being broadcasted at 1MBs and it was at clear as a standard-def satellite back during y2k. We know we’re dating ourselves. But instead of hiding your features and be behind the scenes. Actually, DO Something!

Whew! As we quickly approach 2019 we find that the official Winamp website gets a new coat of paint which is good. Now if they can spend a few more pennies and make it HTTPS compliant we would feel a little more comfortable about the future and authenticity of this site. But if the site security doesn’t bother you they do have a survey which you can fill out asking some of the features you want. To which at this time we’ve not only filled out that survey. But will leave this entry as an open letter to WinAmp:

Damn, that’s a long list! But you’ve been out of the game for a while Lama! Before you can start kicking ass you need some rehabilitation! :D

Unfortunetly, the survey is still going on their site. Either the devs are taking their sweet time or the site is back on life support with another company until they sell/destroy it. Perhaps the deluge of features made the devs throw their hands up and completely walk away from WinAmp. Since it’s Belgium-based we simply do not know.

Finally, there’s a blog out there called MyWinAmp which attempts to archive previous releases as well as skins and plugins of everything WinAmp. Super-thanks to Greg for that link! We checked some of their download links and they seem legit. Either way, make sure you got your script-blockers and virus checkers running at all times!