Thinking with Google isn’t thinking at all!

There have been these ads for Google that have been popping up on social networks such as Twitter and Facebook all coming from the same site known simply as “thinkingwithgoogle.com.” These people are marketers who think that they are as awesome as the TV show like Mad Men where they feel that they are Gods of changing human thought. All the while placing their parent company Google as being the know-all of the internet while discrediting the people that helped make them as powerful as who they are. This entry is to show you that sometimes not all marketing and publicity can be good. Because something tells me these are the same assholes who think that rolling out a totalitarian government scheme on YouTube is perfectly fine so long as you put a happy jingle to it.

Thinking with google wants to tell website designers something that is impossible to satisfy. 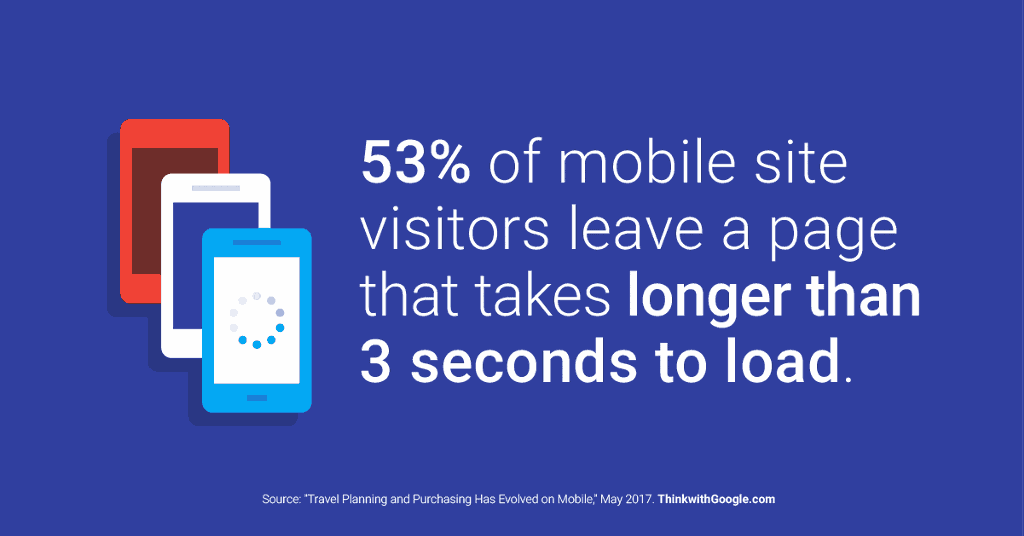 This was one of the first pieces of propaganda that was we’ve seen floating around twitter. The source for this slogan is an isolated sentence which also contains a footnote referencing to 7 other sources ironically made by google using rag journalism.

But the slogan is quickly destroyed in their article talking about the speed index of travelers when using their phones online. This ad is typically found by people who are on the social networks that are in the tech industry that mindlessly re-tweet these slogans as it’s partially how they got their prestigious jobs in the first place. The argument is similar to what we had in the Google AMP blog. You know what? We’re going to bring that argument over here! Because what the slogan is describing is a campaign known as ‘bounce rating’. 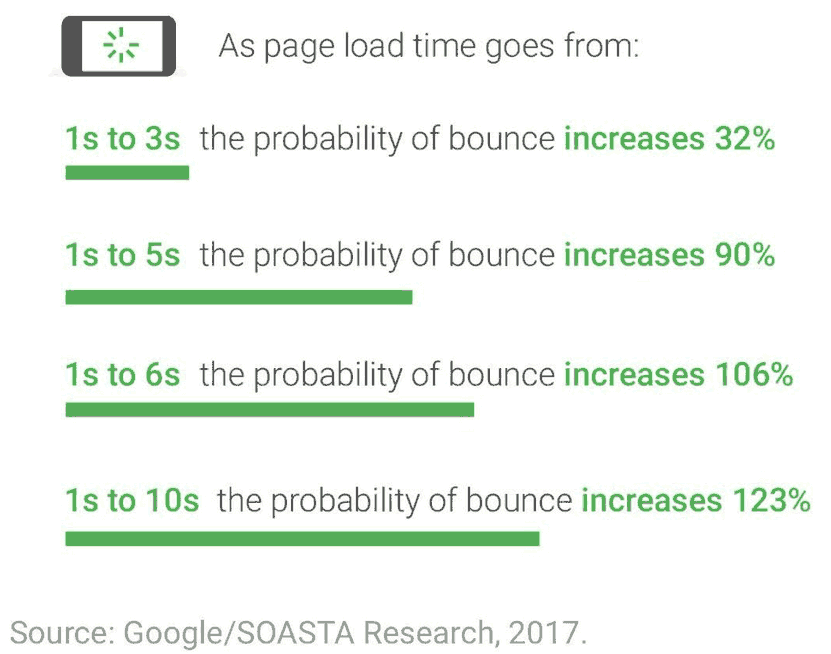 For those who don’t know what bounce is. Bounce is what happens when someone reads the first paragraph of one of our articles and say:

Ouch, a little too close to home. Fuck. Let us try to explain bounce again..

Bounce is the concept of user engagement with your website. That the longer the user is navigating and interacting with your site. On a scale from 0 to 100 with 100 being the worst and everyone leaving and 0 being unobtainable as that means your site has all of the answers to the universe. If a user visits a web-page for less then a few seconds immediately back out to Google search. That in return tells google (via cookies that are stored onto your computer invading your privacy!) that search result was bad and not what the user was looking for. The privately stored cookies of the combined customer base of Google then churns out a value for your site regardless if you wanted them to do this or not. We do not know the bounce value of our site since we refuse to use analytic software but it does not stop google from attaching cookies to your browser to figure this out without our help.

So to “ThinkWithGoogle” we say this to your PR Campaign. 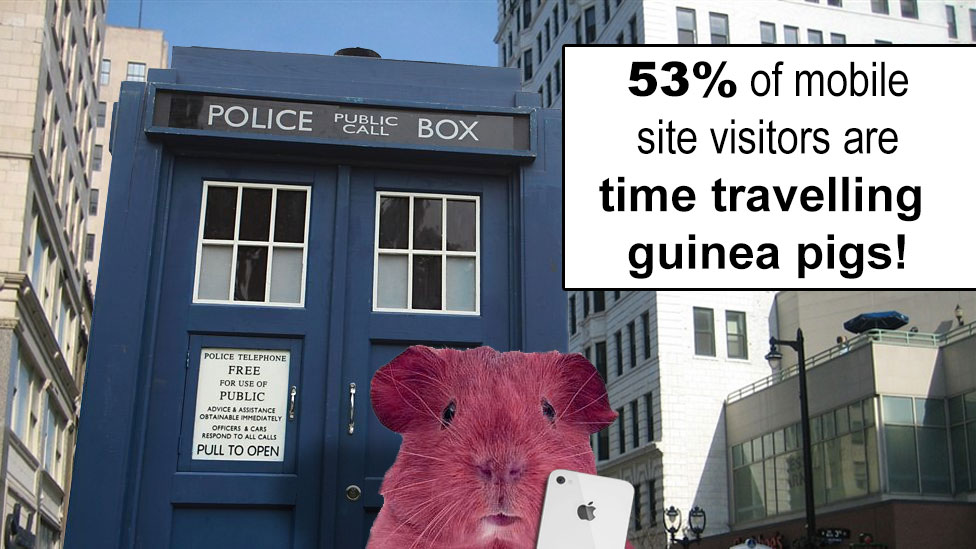 Our theory is equally as baseless as “Thinking with Google”. But at least it’s far more entertaining!

To the eyes of Think with Google/SOASTA Research. Everyone has the attention span of a guinea pig!

That’s right! In the eyes of Google/SOASTA you have the attention span of guinea pigs! That’s kind of cruel and we love you more than that. Guinea pigs aren’t bad pets. Instead of falling off track lets explain why they think this way. By distorting time down to seconds and in some cases even milliseconds. Google’s research becomes a self-fulfilling prophecy where everyone is expected to build websites based around these absurd standards were waiting 1 second could cost you a 32% to 123% bounce rating. On second thought, let’s pause that right there. 123% percent bounce rate?!? That would mean people are leaving your site before they even thought about entering it. What the hell Google?!?!?

Mobile phones are not temporal paradox machines that could warp time to their outcome without considering its consequences. Mobile phones are unfortunately just small computers that visit the internet just like everyone else. So sorry to burst your bubble SOASTA Research. From the content provider point of view, there’s no such thing as a bounce higher than 100. Physics and time don’t care about your statistics. Fuck you Google think tank.

Also fun note on cel-phone technology since we are talking about mobile users:

Getting back to that “3-second” rule that Think with Google wants to propagate. Mobile phones depending on their location have their own lag time upon connecting between a GSM/2G/3G/4G/LTE/5G tower. So regardless of how well designed your website is. How powerful of a commercial CDN service that money can buy. How much you optimize your images to fit onto an MS-DOS 5.25 floppy disk. You are at the mercy and greed of 1st world mobile network technology. Therefore you are bitched in the time department no matter what you do! We haven’t even gotten past the “Step 1” process of the e-commerce propaganda machine before everything is already falling apart! Way to go guys!

It’s a little disappointing that people feel that bounce has everything to do with the speed of your site rather than the content your site holds. Perhaps the people they are catering to want to host web-pages have no relevant information what-so-ever! Yet still, want to be at the top of every search engine. In other words: Spammers which are bankrupt in imagination. But rating a website on bounce in a little more sinister then what you may believe.

You see, your personal website/business is also in direct competition with YouTube and other Google services. There-fore your lone site will have to compete with YouTube a video service that absorbs HOURS of a user’s time by just watching videos. The very best bloggers in the world would have to produce entries at a rate of one per 10 minutes to even hope to achieve the level of traffic and retention that YouTube does. YouTube wants you to use their services on your site because by you linking their 3rd party cookies and apps to your site. You are their customer now. And you are also their product to which your readers become theirs to boost their site and sell as much as humanly possible!

Thinking with google wants to play captain obvious about YouTube.

Okay, what’s the other 27 percent of YouTube gamer community doing? Their article never says. Are they just high? Or Drunk? Do they hate every single thing they see while gritting their teeth but somehow continue to watch anyway because there is nothing better for them to do except to punch themselves into a state of unconsciousness? You also have to pay attention to the wording here where they specify “YouTube gamers.” This, of course, tips the marketing scales in their favor. This number would be far lower if you factored in their entire online gaming community which goes off to services beyond the Google echo-sphere like Twitch as just one example.

Way to make the average web-designer feel like shit S!

This is because your “Thinking with Google” and perhaps you should invest in the effort in thinking on your own! We’re sorry to be the wake-up call for you but in the end, we do care about you. This is for your own good. Websites already have made countermeasures. Such as responsive design, automatically optimizing scripts, and even embracing new formats such as WebP and WebM are things that we have already done. However to people like “Think Google” that is not enough. Everything you could do is never enough including handing over all analytical data to such a group of slime because they will always want more!

You’ve published articles about technologies like WebM and WebP which is google funded!

We’re not saying that all of Google is inherently bad.  However, to place that company upon a pedestal that they know what’s best for everyone is inherently wrong. Google didn’t make success from leading. Their success came from the following. Following websites, following content creators, and following news agencies and the world! If you want to think like google then get in line drone! The rest of us will continue to keep doing what we do without your help!

As much as we disagree with a lot of Adbusters politics in terms of government and living. Toxic advertisement is the one thing we DO agree upon. We would rather FuckWithGoogle then ThinkWithGoogle! If you like this article, be sure to double-tab that like button, double-tap that subscribe button. Ring the bell it’s broken anyway! And delete your Gmail account.