Epic is another color picture from my portfolio. This time a human! Yes, I know! I do draw them. Not as often as I should though. Epic was done with PhotoShop and lightwave 6.0. It was a little experiment to play with reflection in the background as well as an attempt to add some balance in my portfolio. This area will show from start to finish what I did on this one. 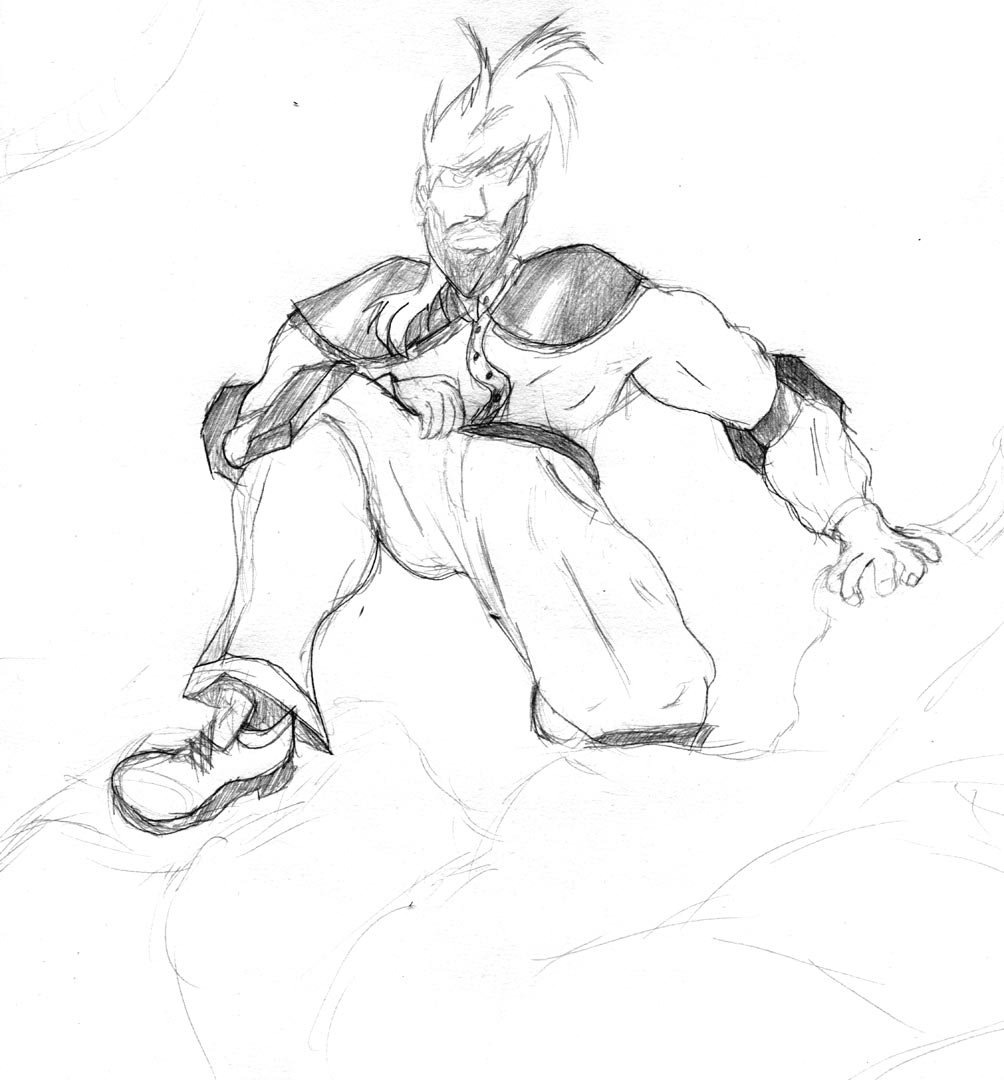 The initial sketch that was scanned in from my sketchbook a long long time ago! 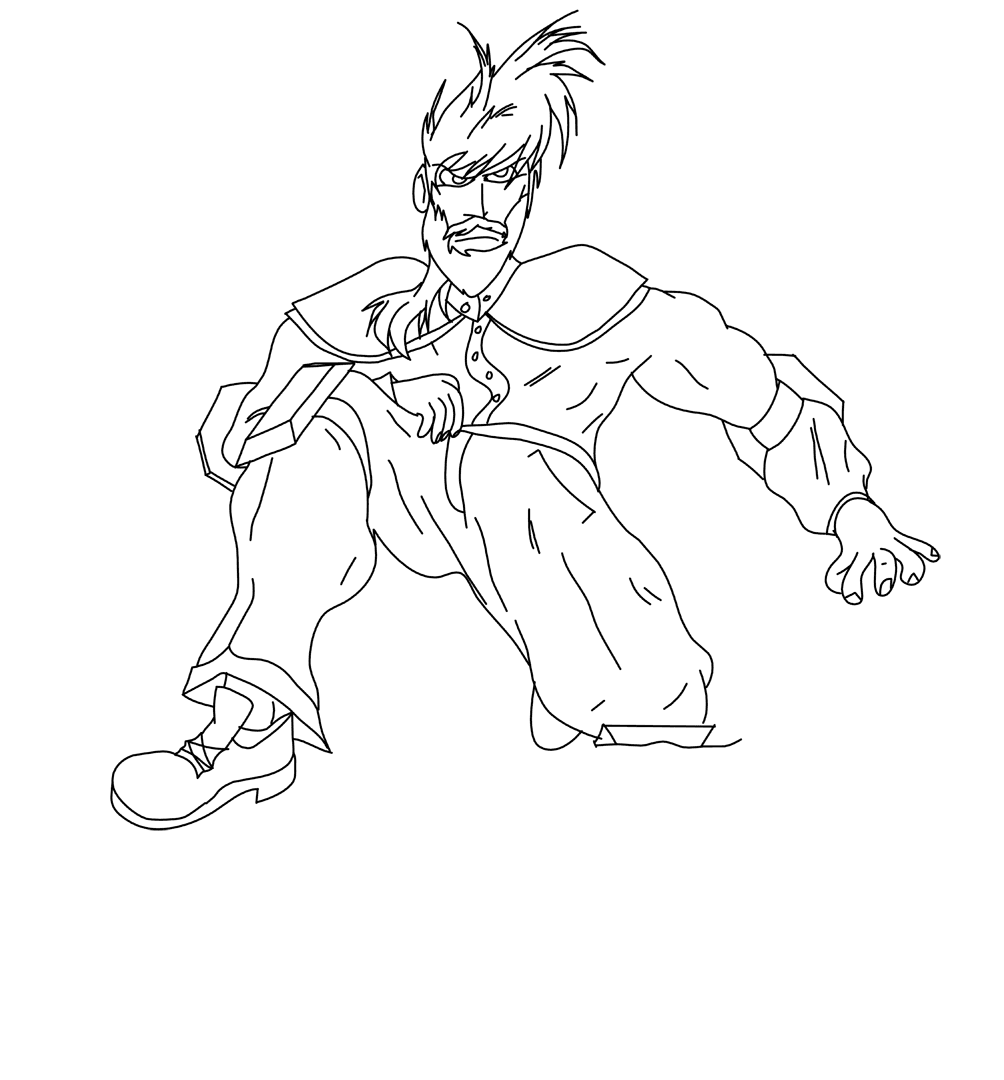 Inked in photoshop 9.0 at the time. 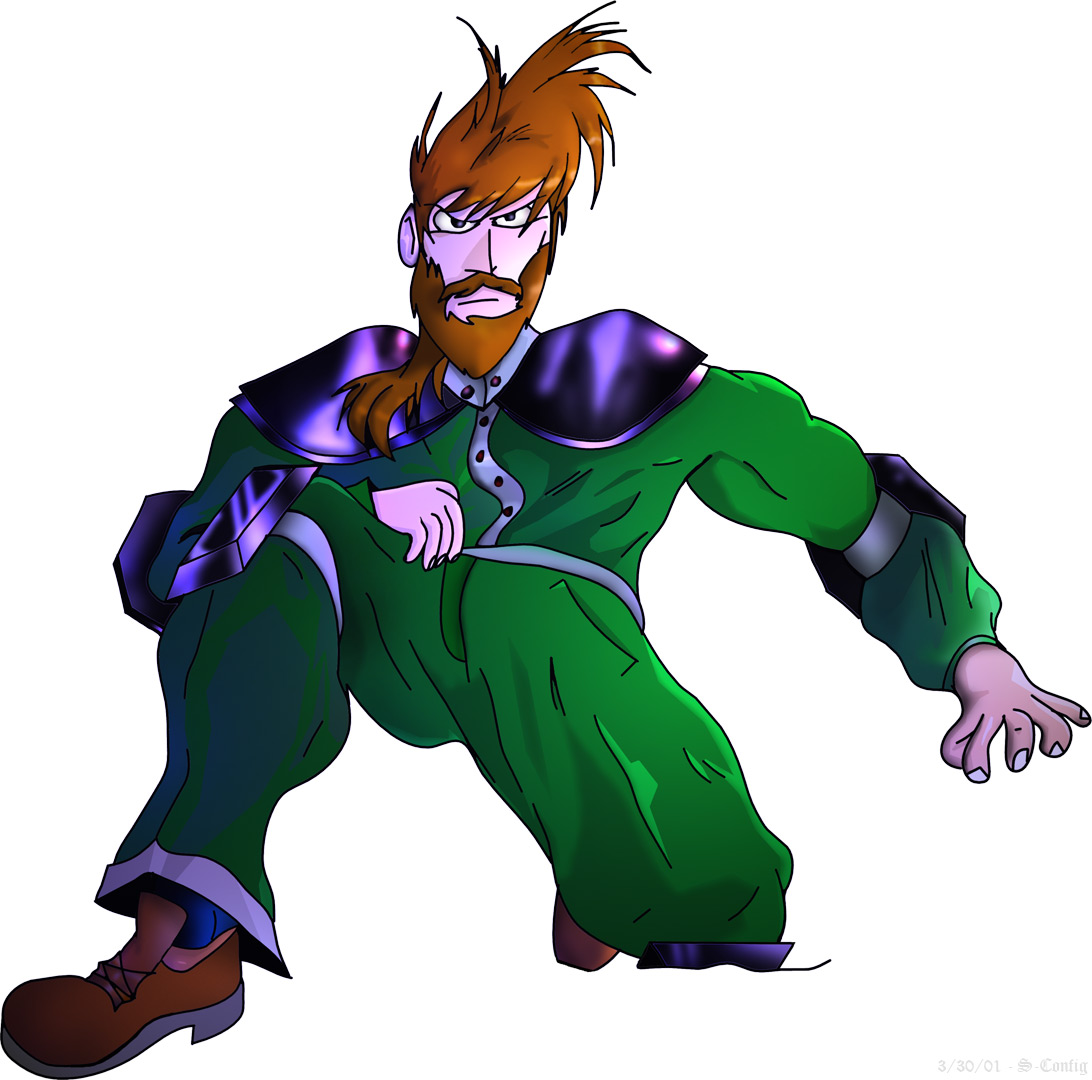 Colorized version synched with the background that was previously generated in lightwave 6.0. 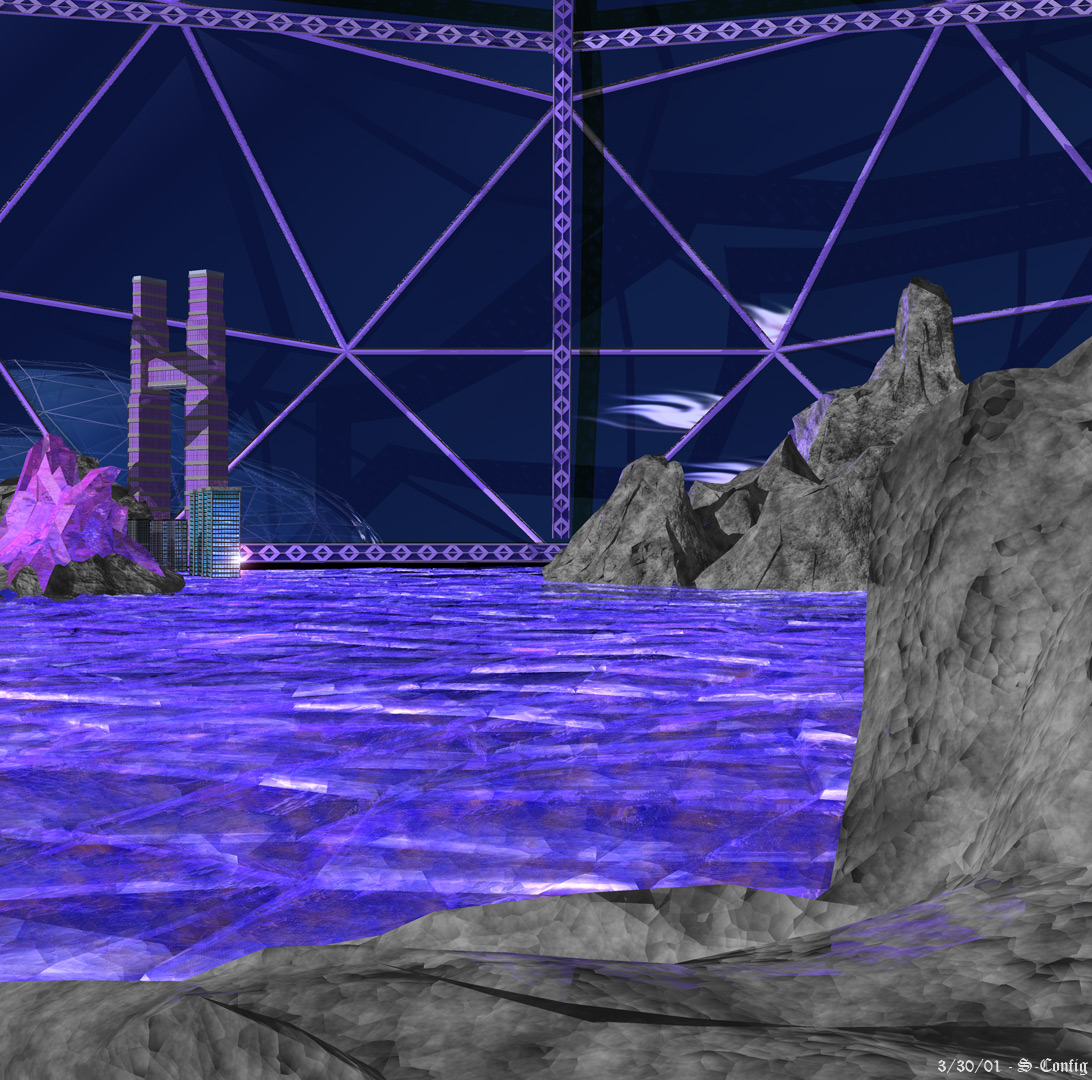 Background done in lightwave 6.0 with no textures just bump-mapping and reflection for everything. Render time was around 6 hours long and it was dissapointing how much detail was lost when i added the character. Oh well. 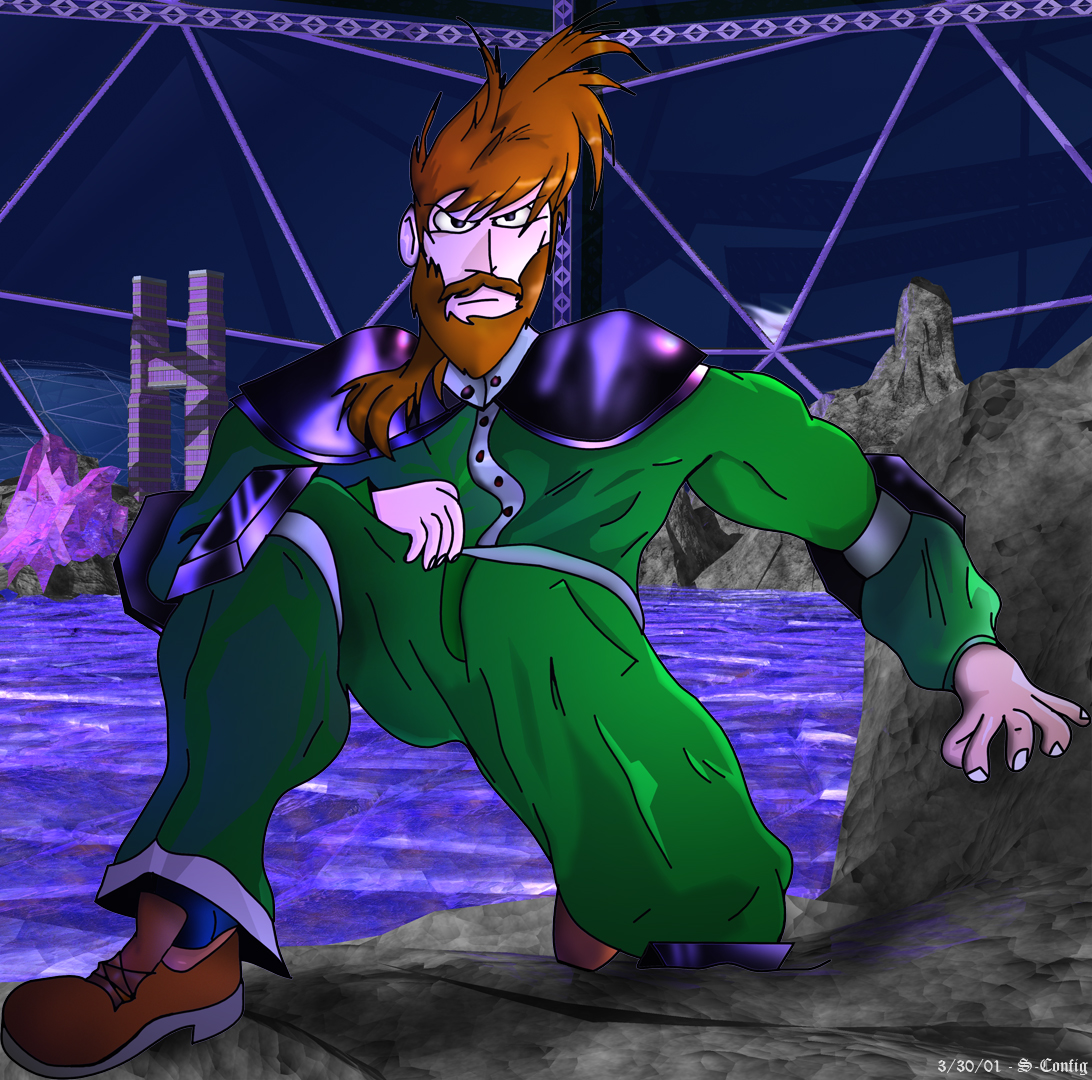 Epic final picture. with some shadowing added to the ground to try and give it some depth. It was not one of my best pictures. But it was fun to do and thus it belongs on this site.