My attempt at a Sergal  picture that was done as a quick Paint tool Sai test. As well as a render job I did in Lightwave for the background art. It was mostly an experiment from an earlier sketch that I decided to color altogether. So I was not expecting anything too groundbreaking here. 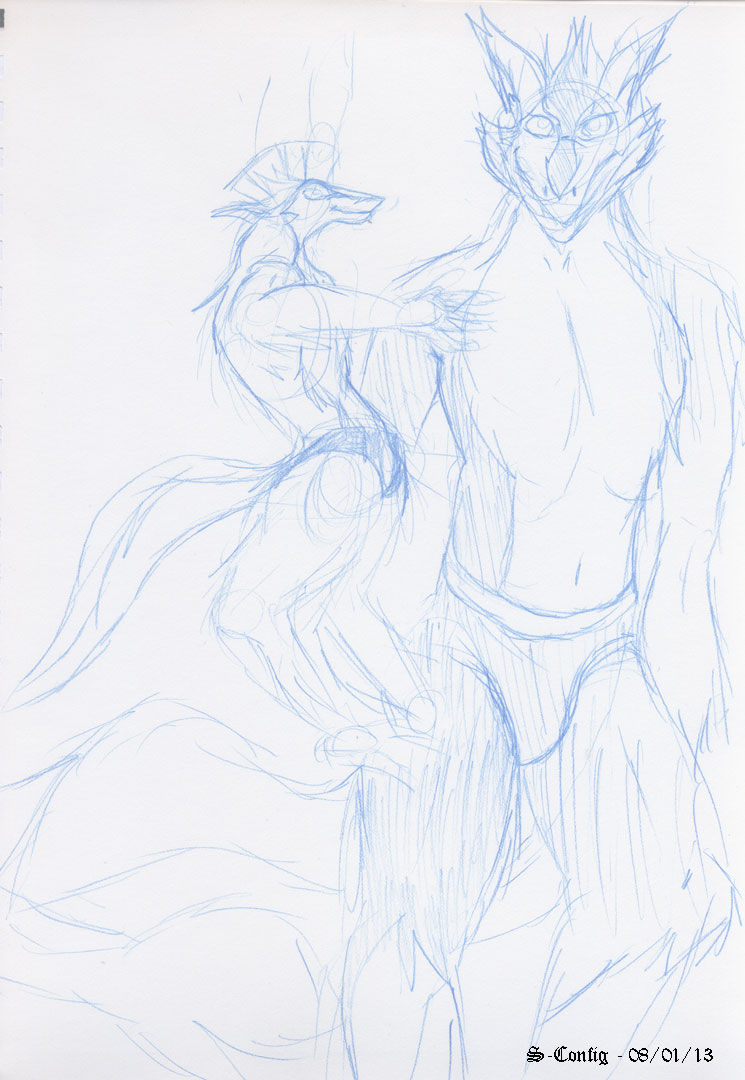 The original image as found in my sketch porfolio for 2013. 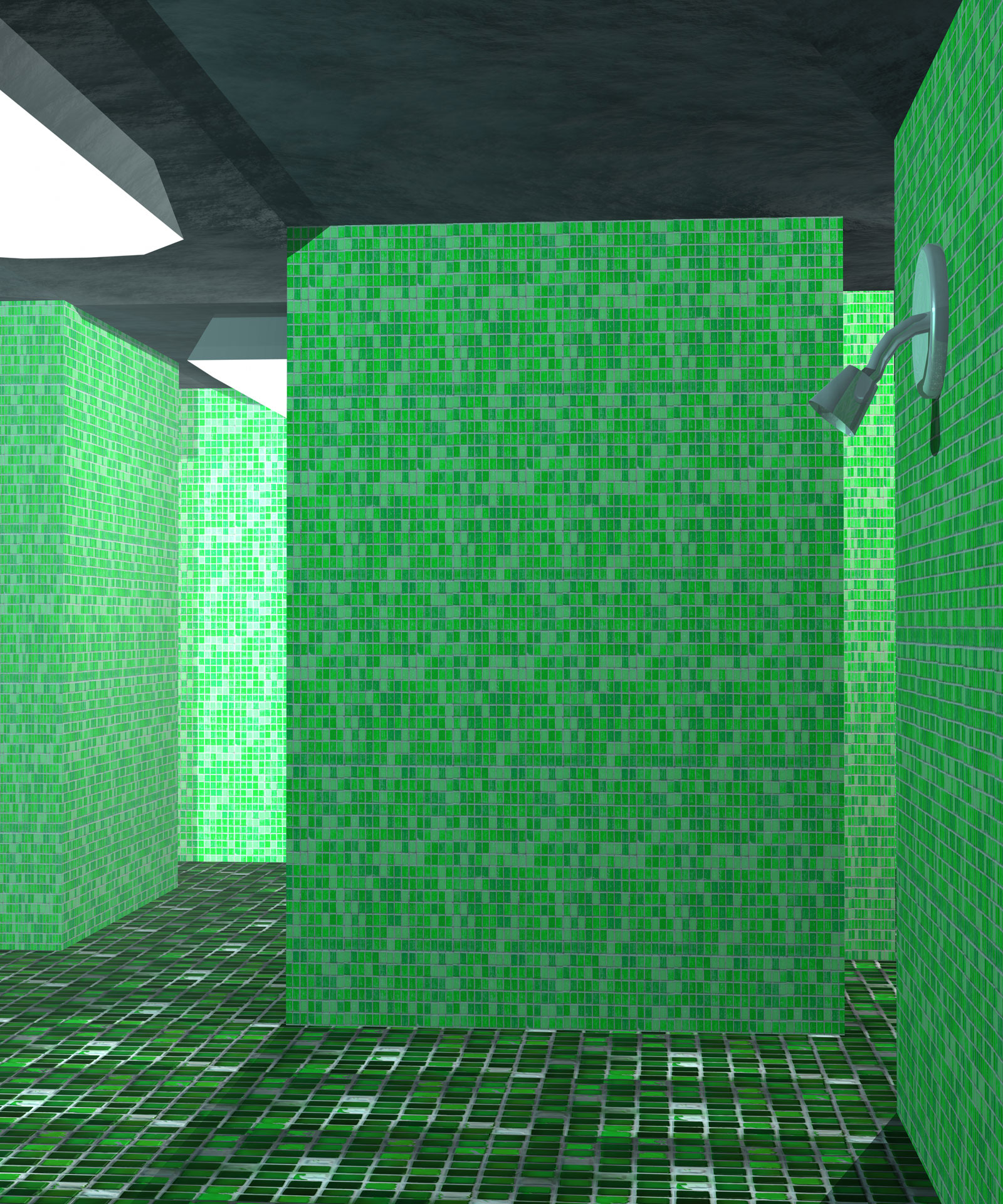 Click here for a direct link to the image.

The background for the sergal was going to be a shower scene. What the hell.  This was rendered inLlightwave in about 20 minutes time with lights and shower-head all modeled within that time. the textures were off of a freebie pack that I heavily modified and added bump-mapping to the floor which barely shows up in the image. Finally. added some haze to the lighting. Ultimatly, I did not decide on this color, I did a hue-tone shift to another color because green clashed into the sergals color design. 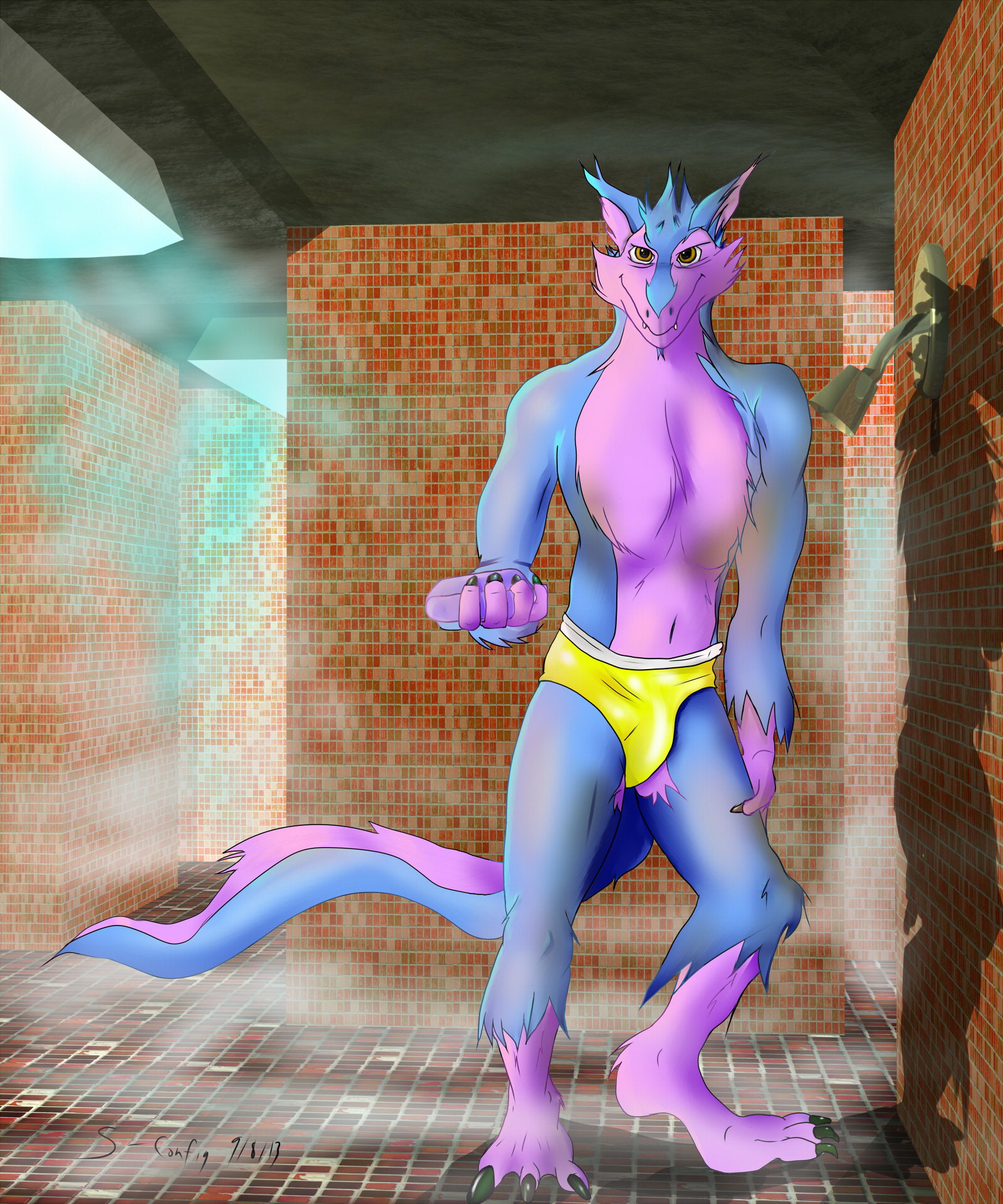 Click here for a direct link to the image.

This is the complete image and my second Paint Tool Sai coloration, added the shadowing and with some mist effect to get the picture more synched with the background. The sergal came out alright.