Diaries of the post-apocalyptic girl.

I am the post-apocalyptic girl. I can feel the energy coming off of the satellites above me, calling out for their masters, I wish I can shut them up, tell them that their masters are dead, and they’re as isolated as I am. the survivors don’t understand why I wear high-heeled boots. it’s to stomp on them with greater ease. I often wondered if my ex-boyfriends lived as I did.. how I would point and laugh as they mutate in front of me. I sometimes use my black umbrella on sunny days. keeps the dead from seeing my eyes. I still wear my blood-splattered goth dress, I clean my knife on it from time to time. it allows me to blend in the hovels with the other animals, but only for a moment before their incandescent eyes set their sights in me. They believe I’m a victim like they are.

I blackout but only for a moment, and suddenly there is tasty meat on my knife. dinner time makes me happy. I don’t cook it much really. since I love the taste of their blood, sometimes if there’s a lot of it I’d strip naked and paint my body with the blood using the san-scripts of the universe, for a brief moment you can see into their past, feel what they felt.

then realize how miserable they were. all of them delusional in their efforts of freedom, waiting for their mystical princess to break their bonds. I’ve tried, but I have a habit of aiming too low. The knife sometimes tells me to do it, who am I to argue with that logic?

I’ve met the lesbian metal fairy once. she doesn’t know a good lay if she was raped with a tungsten rod. She tried to get at me once. but my hatred is unmeasurable. Oh sure, she had that ax that cuts through cars. But I still have my hate, There was no way she could touch me.

She eventually found a fat guy with a Buick that needed a dollar, and she had to go back to work. Meh, whatever, I’m not waiting for her. and I’m not going to save the fat guys’ daughter either. There were these midgets which offered me a place in their village, they invited me into their hovel for tea.

I kept licking my lips, thinking of these tiny people. I never thought that I’d have such lustful thoughts about these simple-minded people. [quote]I wonder how their brains tasted. [/quote] Such little regard for the environment these people have.

I ended up squeezing the head of the leader. Skulls really do crack open like cantaloupes, just a little tougher on the skin. eventually, they stop coming by, and I move on.

This would be the point where the raven shall come to me and tell me that I’ve gone too far. I told them that I was holding back actually, I didn’t use my straw yet. I put on my black lipstick and walk into the wastelands, I’d carry a purse but that would mean I’d have to put some effort in actually carrying something.

There was these girls in high school, they all had such pretty faces, all of the cheerleaders, perfect smiles and always believed that the world circled around them. Someday I’ll learn to make a pigskin leather bodes from their skin. I’d smile to see bodies smashed against the rocks, but that would be too much effort. 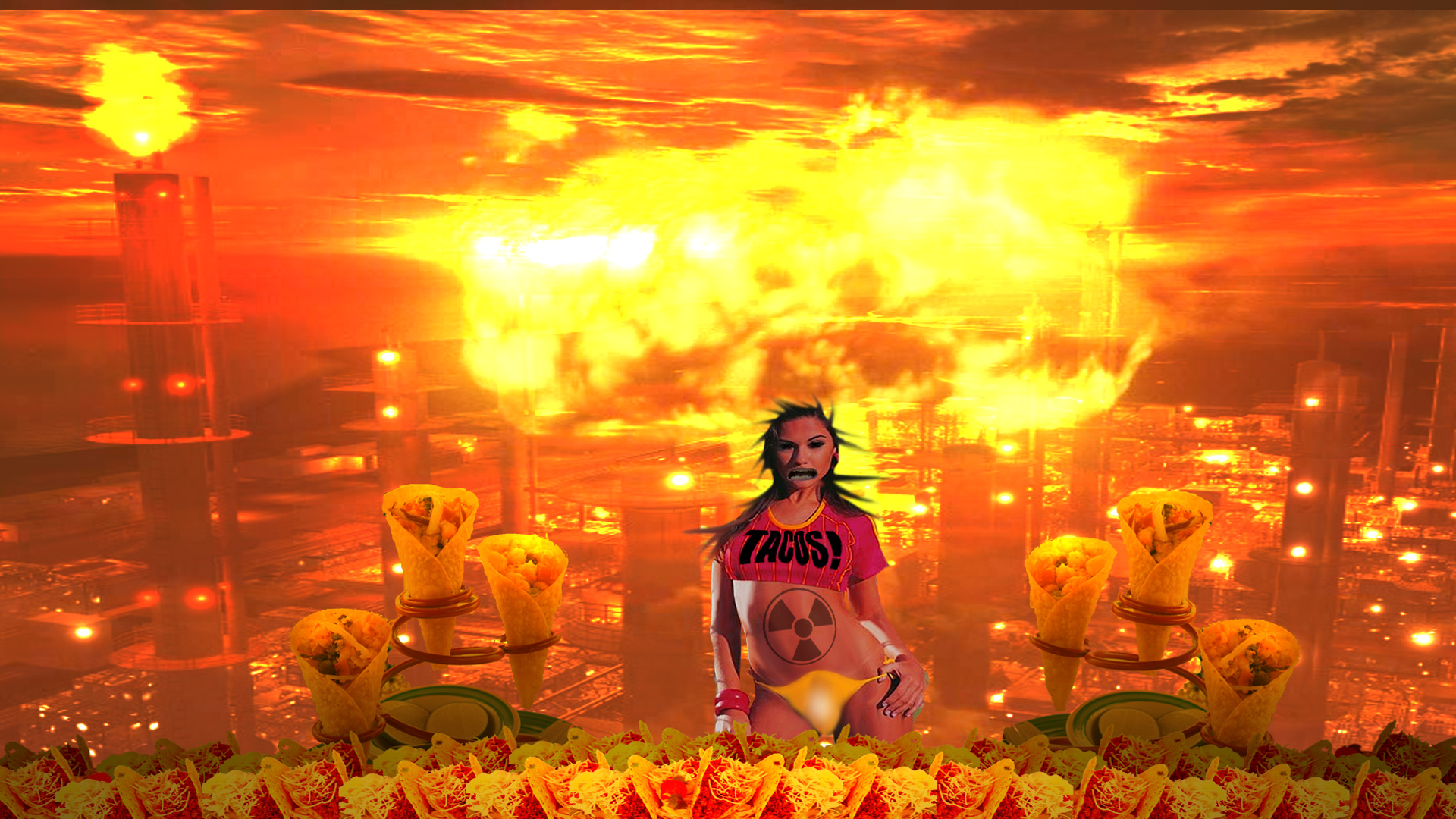 I want a taco. And I want to meet the girl on these posters